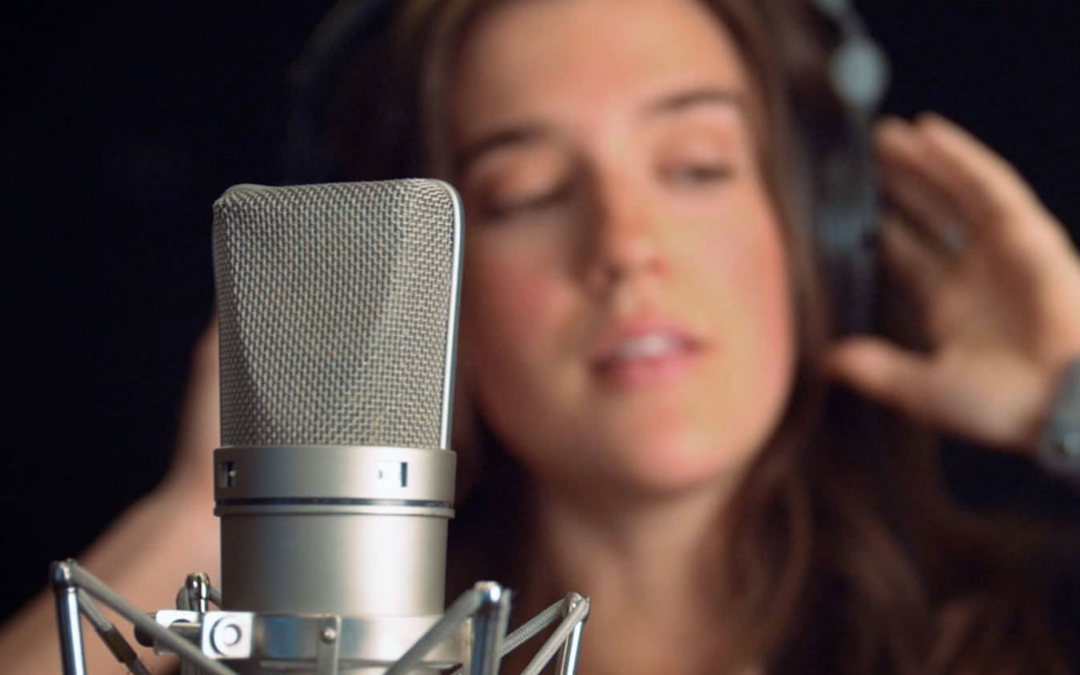 What microphones to use on shoots.

Most spokespersons you see on TV wear a lavelier-mic.  You see it in the shot and its OK because it is an accepted part of their image.  (What is odd is that the mic is often pointing down, or sideways – go figure.)

But when it comes to getting a quick – man-on-the-street type statements, the lav mic is not a good choice, because it reminds the viewer that the scene was prepared in advance.  A hand-held shotgun (super directional) type mike is better, either in – or outside the frameline.

A shotgun mic hung just beyond the the top frame line, about 3 feet from your talent is also better for green-screen type interviews, not trying to look like a newscast.  You could hide a lav mic, but this invites unwanted noise of clothes when your subjec moves, so use a shotgun if you can.

The sound is also better defined in front of a person than from their chest.  The lav mic catches more bass and less treble from where it is positioned.  The only reason to use a lav mic in the studio is if you are concerned about background noise – then getting the mic closer to a person’s mouth is more important than better sound definition.

– there is nothing like a large-capsule condenser studio mike.  My favorite is the Neuman U87, a bit pricy for most, but there are many other great condenser mics for less money.  Next, the idea is to get a room to record in that is not only quiet from outside noise, but also produces no reflections from walls, ceiling or floor.  You want the voice to only pass the capsule once, be dead silent – you can always add room-tone and other effects later to make it sound like you recorded in a large cavern.  BTW: Once you get to editing and mixing, check out the “Air” reverb apps that have come out.  Better, in my view, than traditional reverb.