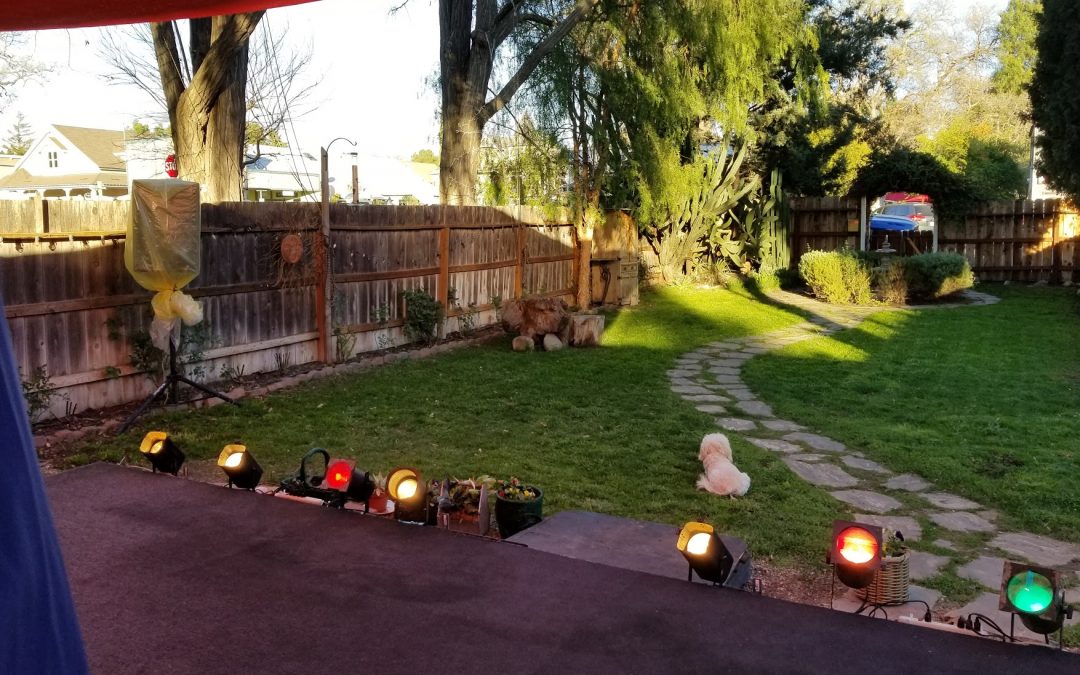 Even though this Blog was written in 2020, it still serves well to illustrate the non-logical overreach by the powers-that-be-and-wishing-for-more.

We, at The Crooked Path attempted to comply with the directive given us (via contact by authorities) to cancel our 2020 Halloween concert. We were also verbally informed that gatherings would not be “allowed” in our private garden (which, upon studying the official directives does not appear to be exactly true). As good citizens and for the benefit of our fans, guests, wineries, music venues and neighbors in the Santa Ynez Valley we attempted to gain clarity of what, precisely,  was and what was not allowed.

The best we could find was a decree (which may today be different) from the California Department of Public Health, authored by Gov. Newsom and acting director Sandra Shewry, (Link here) but it was difficult to find out which activities are permitted (though frowned upon) and which ones constituted an illegal act – punishable by fines and/or imprisonment. The document contained a mixture of justifications, admonishments, semi-legal speak and bad grammar.  If you only have a minute, scroll down to read my “favorites”.

A Gathering, the document says, is social situations that bring together people from different households.  Does this mean a couple on a date is a Gathering?  Two people talking together on a street corner is a gathering?  If people are standing 10 feet apart are they still gathering? How close can you be to someone before you are “gathering”?

Again, how many are in a Household?  If 10 live in the same house this would mean 30 could potentially get together in the same Gathering.  Second: Why 3 households and not 2 or 4?  If this is a health crisis so urgent it justifies overruling the United States Constitution guaranteeing the right to peacefully assemble, along with the first Amendment, why allow any gatherings at all?

What does “should” mean? It is a law or not?

So a group of 3 households may gather in a public park? – and other groups (unrelated) can be there also?  How many such “unrelated groups” are allowed to be in a park or “other outdoor space”?

So we are permitted to attend one 3-household gathering, but if we see someone we know in another gathering, we are not allowed to “mix” with them?  What does it mean to “mix”? Can we stand 6 feet away and use sign-language? Can we dance to the same music?  – and what is the punishment for “mixing between group gatherings”?

This means if we want to gather for something like a family Christmas dinner, we must first be outside in the cold, sitting in one of three groups, six feet apart from each other and wearing masks?  Really?

– From “should” we now move into “must”. So is this a law? Is it a misdemeanor or capital offense?  And does this mean that if I have two guests in my private garden – they a gathering and they, and I must wear a mask at all times?

How long after they take a bite do they have before they must put on their masks again?  Can they be allowed to swallow first?  Is lingering over a cup of coffee is now grounds for imprisonment, or can we get off with a stern warning?

The following sentence is noteworthy: “While face coverings are removed for this purpose [eating & drinking], they should stay at least 6 feet away from everyone outside their own household” – from this we understand that the face mask must stay 6 feet away from other households.  Good to know.

The next ones are my favorites:

Rules for Singing, Chanting, and Shouting at Outdoor Gatherings

So singing, chanting and shouting is “strongly discouraged”, but still legal and “if they occur the following rules and recommendations apply”. Following this pronouncement no rules are sited, only recommendations. In trying to comply, one must ask, how does one shout at a volume less than speaking voice?  Singers “should” wear a face covering at all time. Singers and chanters are “strongly encouraged” to only sing softly. Apparently lifting your voice to praise God is still legal, but strongly discouraged. Good to know.

So playing a wind instrument is “strongly discouraged”, but presumably not illegal. Next our governor’s health “experts” offer amazing advice for those daring to play a wind or brass instrument:

Apart from the sentence anthropomorphising the instrument (speaking to it directly and telling it to wear a cloth barrier.  I have a little question for those about to write the next update: Does anyone at the governors office play music? Probably not. FYI: The sound (and breath) comes out of EVERY valve, not just the ends (called the bell) of flutes, oboes, clarinets, saxophones and harmonicas.  AND putting a sock on a Tuba or Horn-in-F would only be possible using a panty hose or long underwear.  Add to that, that an instrument such as a French Horn is a coiled tube about 18 feet long.  You could play an entire Cadenza before your actual breath would reach the outside air.  What’s next? Breathing into trash bags?

In conclusion, may I say that I have sympathy for those who have become ill or lost loved ones with Covid19 as a direct or contributing factor. Also, I understand the position workers in our  bureaucracies are in, having to act out the will of politicians with myopic world views (and bad English). These are trying days and each of us must weigh the balance between public safety and personal freedom. Being reasonable would be lovely.

With regard to The Crooked Path, we do find it impossible to check our guests’ identification in order to determine what households they belong to, so for the time being: if we play music, we will do so for the benefit of visitors in the park next door and for those “gathering” in downtown Los Olivos.

BTW: Science is never “settled”, politicians are not doctors and making music is not a crime.