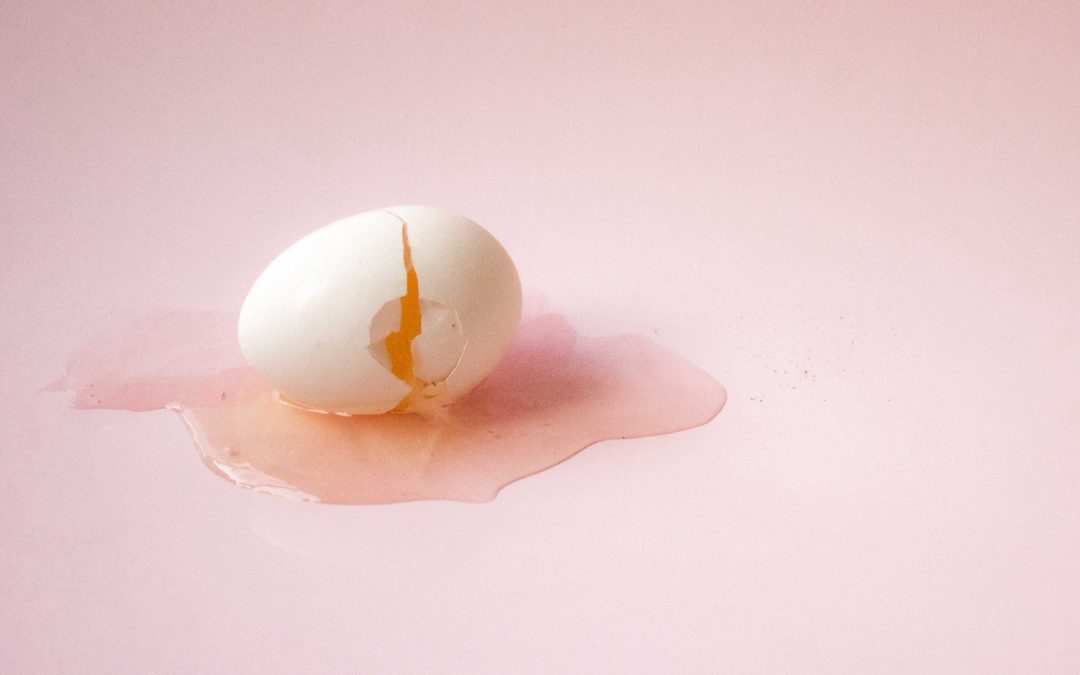 One day as a kid growing up in Denmark I was alone in the house and accidentally poured boiling water over my hand.

It was, of course painful and I immediately looked around for what could help me. I tried cold water from the tap, but it din’t seem to do much good. Opening the refrigerator I looked for something cold, then picked up an egg, cracked it partially and spread the egg-white over my hand. That felt better, then I blew on it to dry and about a minute later the pain was gone. I had not not heard of this remedy, it was an accidental or instinctual discovery.

I didn’t wash my hand that night and the next morning there was no sign of the burn.

I told my parents about it, later they tried it after being spat with hot grease. We used egg-white on sunburn, cuts and bruises and the trick followed me into the world. I would speak to parents at the playground while our kids were playing, people waiting in airports… I told them it was an old Danish folk-remedy, to add credibility. On occasion a friend would come back with a success story. Wherever I went, worked or visited, It became a habit of mine to tell people when possible. Particularly at restaurants or truck-stops, I would tell the kitchen personnel because they (A) often burned themselves, and (B) they had eggs available.

One day I came back to a little restaurant in Nashville I had visited 3 months earlier. Our waitress who kept looking at me, finally said, “hey, aren’t you the guy with the egg-white?” I said “probably…” Then she marched into the kitchen and came back with the cook.

“Mona wants to tell you something”. Mona give me a big hug and a smile and said she loved me. There was a story — she had burned herself so badly she knew nothing was going to work of the usual remedies, so she gave what she had heard from me a chance. Oh miracle, it worked! I was now best friends with Mona.

[NOTE: The trick is to get the egg-white on your burn as soon as possible, within minutes, then let it dry and don’t wash or get wet for 12hours.]

Over the past years in my travels and career, I’ve more or less phased out my egg-white crusade, although I made a YouTube video of it — seen by 46 people last I checked (link at the bottom of this page).

6 months ago I am standing in line at a store and I hear a young boy talk to his friend about having been burned on his arm. I injected myself into their conversation and asked him: “Do you know what is the best to do for a burn? “

To my great surprise he answered, “Egg-white!”

and he added “everybody knows that”.

Could it be true? I had never before known anyone who knew before I told them and now it was common knowledge? I felt at the same time gratified and useless. My mission had been a success: There was now less pain in the world.

You’d think my story was over, but:

Recently I had a lucid dream, where I had died and gone to Heaven. I was glad to see Heaven and not something else up ahead, but a little surprised to see the classic picture of walking on a cloud up to man behind a podium with a great big book in front of him. It was Saint Peter and the Golden Gates no less. I’n my dream he did not turn me back and said something like, “Ok you can go”, but I hesitated. Seeing that Saint Peter was not busy with others, I asked if I could ask something. He said yes, so I ventured:

You — or your boss — gave me a life with the gift of music, which I have spread as far and wide as I could. I composed, practiced and performed, but never felt I succeeded enough, never became world-famous or such. What what that all about? What was my gift of music for?

And in my dream, Saint Peter leafed back through a few pages in his book while scratching his neck and said, “Oh yeah, the music… Well, that was OK but we really just needed you for the Egg-white thing.”

The moral is: It is great to have a vision, but there may be another plan.