The System vs. Humans 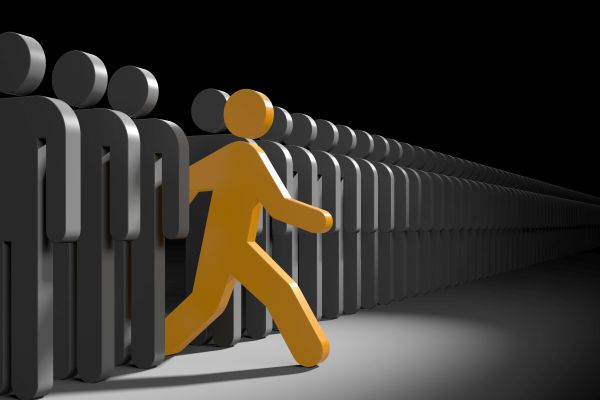 I used to say there is no government, only people, but I believe I was wrong.

The System is a set of ideas that have become it’s own mind. It’s like a standalone brain without a soul, not even a heart. It’s called the beast in some circles, I mostly call it The System. It has a mindset and a purpose. It thinks: Life if chaotic and humans are unpredictable. And: It can solve human problems by making laws and regulating behavior.

Systems provide structure to our physical and biological universes, as well as governments, corporations, non-profits, churches, & associations alike – and any organization that has grown to a certain size will have a mindset that those who work within it has to adhere to to be successful within the system.  Systems are certainly needed for all life to exist, the problems with human-created systems becomes evident as they grow in size and reach.

The basic premise – that life is chaotic so human behavior must be controlled – attracts people who desire controlling others.  Artists, free thinkers and inventors seldom apply for work in a city-planning office. Hence, within these type of systems there is no trust of basic human goodness, along with a belief that there are no limits to what can or should be regulated.

The bigger the system and the more control it acquires, the more scoundrels with a lust for power over others will seek leadership positions within it.

Democracy, Churchill said, was a flawed system, just not as flawed as all other systems. In essence: There is no perfect system of government, because life is change and systems are static. A merciful and good sovereign king or queen is probably the best system of government anyone could hope for, but, as history shows, its hard to ensure the right person gets the job.

As every part of government expands, technology supplies means to increase control over us, the pesky individuals. For every encroachment of our freedom and privacy there is always a good reason, mostly to keep us or our children safe.   We now have cameras on every intersection, licenses for every imaginable profession including flower-shop keepers and dog-groomers.  The cell-phones we carry are able to record our conversations and inform those with access where we are and where we were at any given moment in the recent past. Our credit card companies keep records – also available to the system – that reveal what we spent and on what.  While it is possible that tall our heretofore private information is guarded by wise government officials, there is little doubt that a system with this kind of range and power will be very attractive to those who wish to rule the world.

The System – unfortunately – is immortal, while individual humans are not.  This means it can keep growing through generations in power and scope – as long as there are humans available to fill vacancies within it.  Individual Freedom to the System is an outdated, illogical luxury, an impediment to obtaining a perfectly regulated world. Those of us who believe in the goodness of the human heart may be a dying breed as the System keeps expanding.  Soon Artificial Intelligence (AI) may be able to rule us all with minimum human input.

A few things are still outside the scope of the System: Faith, Music, Humor & Art.  Neither makes any sense to the logical mind, so it may well be that within Faith, Music, Humor and Art lies the key to the salvation of mankind.  Pardon me, “human”-kind.  Or is now “person”-kind? That is also why – throughout history – all totalitarian systems have tried to change the people’s faith in God to a belief in the System.